Turn-Key Solutions for Teleoperation with Force-Feedback 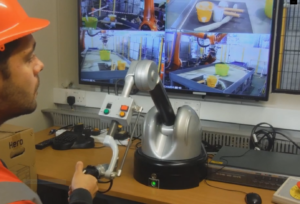 Discover our solutions for connecting our force-feedback manipulator to various robots on the market! 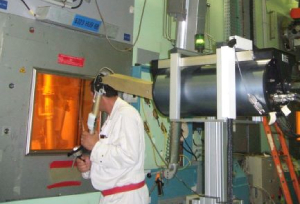 What is Haptics for Telerobotics ?

Telerobotics is the area of robotics concerned with the control of semi-autonomous robots from a distance (source: Wikipedia). It is defined as the combination of teleoperation and telepresence. The first part, teleoperation, enables an operator to remote control a robot. The second part, telepresence, gives the operator the ability to “sense” the robot in its interaction with its environment. With the help of force-feedback, the operator is aware of the forces at play in the remote site, especially the inertia and friction of the robot, the weight of the tools, the robot joint limits, the collisions with obstacles, and the action of the robot on other objects. Force-feedback telerobotics is only possible with a force-feedback manipulator.

Read more
This site is registered on wpml.org as a development site.